Really they post these signs for a reason! This weekend me and some friends went to a Cubs spring training game! So at the start of the game we were joking about how my friend Nick has bad luck when it comes to "fly balls"...his first ever baseball game resulted in one to the face! So he was on watch all game...about an hour in, he falls asleep and his cousins wife wakes him to tell him his phone was ringing...about 5 mins later a home run is headed straight towards us! We are all ducking for cover and unfortunatly Amy (the cousin's wife) is nailed in the leg with the ball...directly where Nick's head would have been laying! Poor girl had a bruise good enough to draw stares and could barely walk! But she was a trooper and laughed about it the whole time! 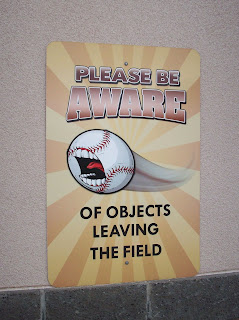 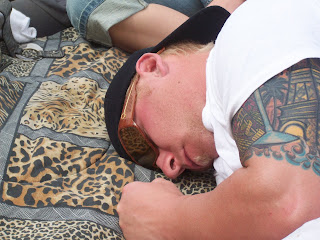 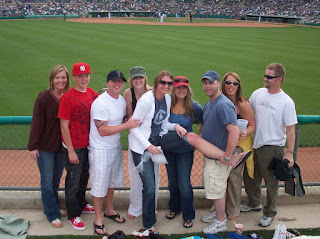 The gang and Amy showin' off her battle wound! 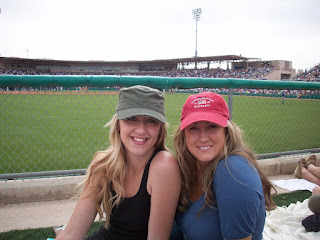