Where do I even start? This weekend was probably the most inspiring and amazing thing I've ever experienced. I could go on and on but I'll just let the pictures explain.﻿﻿﻿ 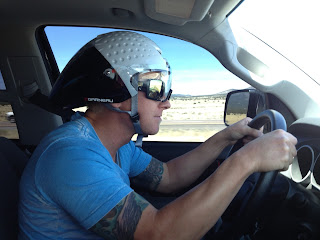 Nick and I got bored on the drive up and decided to "test" out his new bike helmet..all aerodynamic and what not. 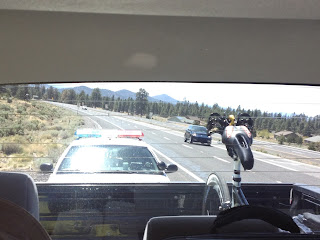 ﻿﻿
And guess what? It works. :) Thankfully the officer was super nice after he found out Nick was racing in the Ironman. He let us off with a warning...that would've been a bad start to the weekend. 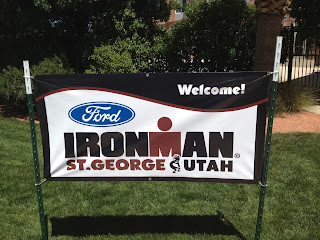 We finally arrived in St. George. The town was literally shut down for this race. There were signs and posters everywhere and the locals and volunteers were amazing! 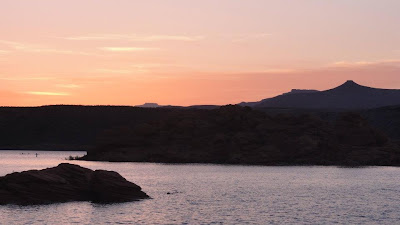 Sat morning, race day was finally here. I was up at 3:30 in the morning to drop Nick off and then we all headed out to Sand Hallow lake at 5:30 am. The sunrise was beautiful and it was looking like perfect race day conditions. 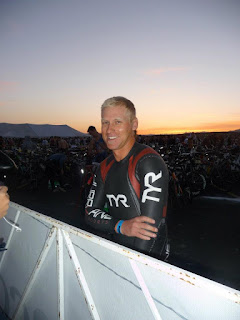 Nick was all smiles getting ready to enter the water. 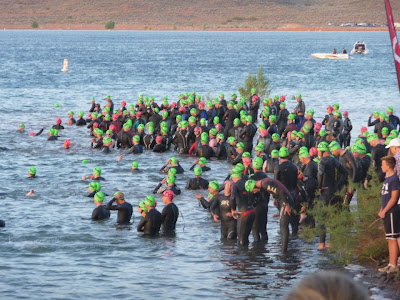 Approximately 1800 swimmers lined the water waiting for the cannon to shoot off. 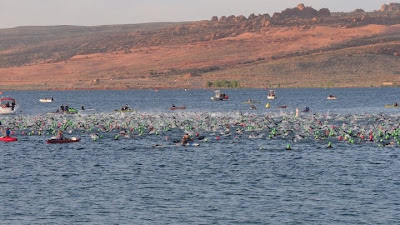 And then they were off. Just as the race started the winds picked up and the perfect weather we were expecting disappeared. The water started producing 4-5 foot waves and immediately we saw swimmers leaving the water by boat. We were worried but I had total confidence that Nick would finish the swim no matter what. We later found out that over 400 swimmers had to be pulled out and couldn't complete the race. 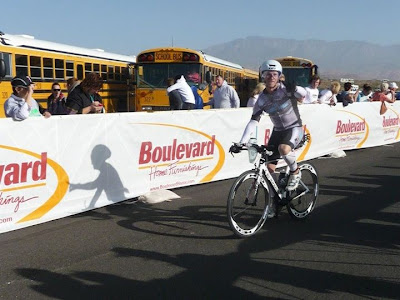 Sure enough at 1 hr 36 mins (right on track with his anticipated time) Nick finished the swim and off on his bike he went. He had a smile on his face and a fist pumped in the air as he rode by and we were all relieved. Now he had to face the 112 mile bike with 20-30 miles wind gusts. Even the pro athletes said they had never experienced conditions so bad. At this point is was a waiting game. 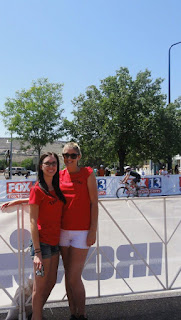 Probably half way into the bike the weather finally died down and the sun came out and it was the start to the gorgeous day we had planned for. 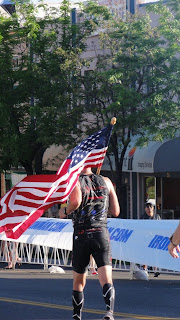 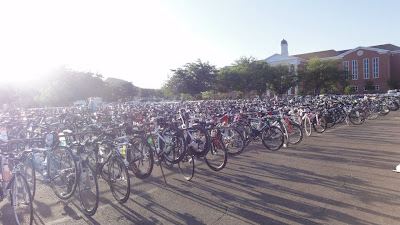 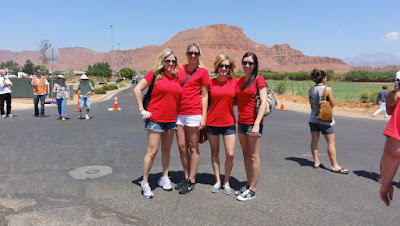 We were able to catch a glimpse of Nick on the bike towards the end and he still manage to have a grin on his face. I was seriously in awe of his intensity and how well he was doing despite the nasty conditions. 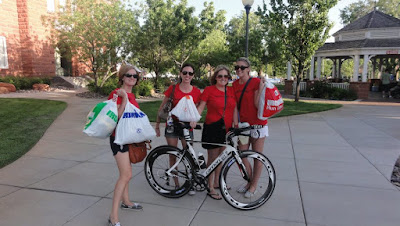 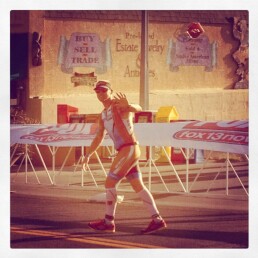 After pounding out 7 hours on his bike he started the run, only 26.2 miles to go! We were able to see him several times on the course and he looked great! There were runners passing us by looking as if they were about to collapse and here comes Nick with waves and high fives! 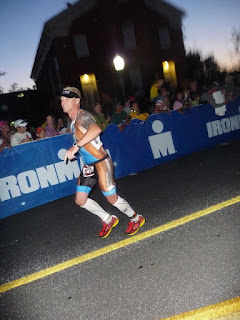 After an exciting, nerve racking, emotional and looong day he finally crossed the finish line (with a smile, of course) and heard the words he had been waiting to hear for the last nine months, "Nick Luedtke you are an Ironman!" Gosh, it still gives me a lump in my throat. He finished the race in 13 hours and 48 mins. This was under the 14 hour goal he set for himself. (Seriously!?) Everyone was in disbelief of what he had just accomplished. 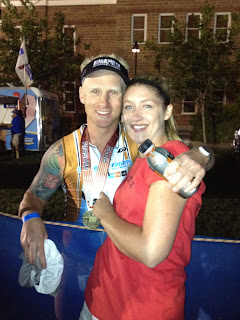 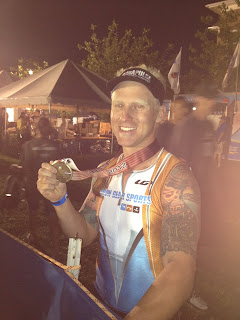 I know these words don't even begin to rightfully describe what Nick went through. I guess all I can say is that it's just something you have to witness to understand. I'm so proud of him and feel lucky that I was able to share in his amazing accomplishment. 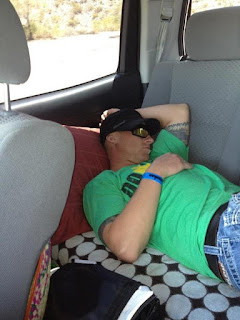 Nick, You are officially an Ironman. :)
Posted by Lindsay at 4:15 PM